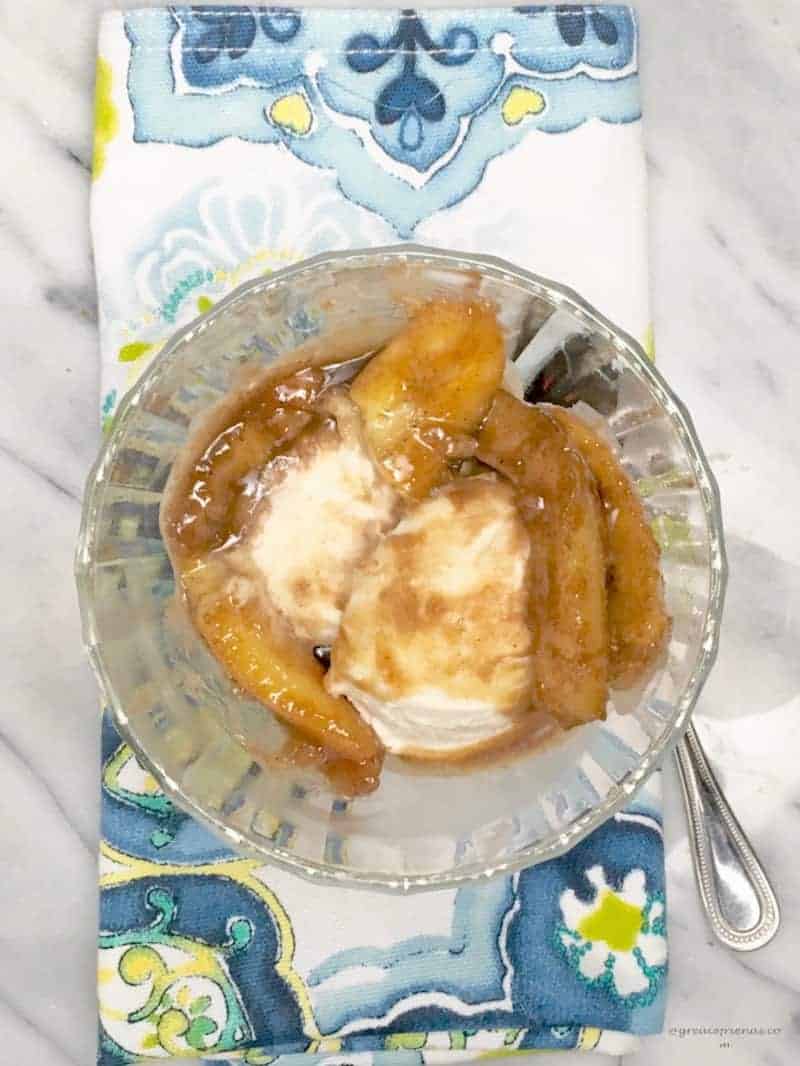 How does a chef get creative with a dessert using bananas? Well, by simply combining the basic ingredients of butter, sugar and cream with freshly ripened bananas...and a distinctive ingredient to add flavor and zing...some liquor!

Since the largest import of bananas from South America in the 1950s landed on the shores of Louisiana, the chef at Brennan's in New Orleans decided to use the bananas in a dessert that soon became popular not only in New Orleans but throughout North America. The owner of the restaurant named his new creation Bananas Foster...in honor of the chairman of the New Orleans Crime Commission and his good friend, Richard Foster. 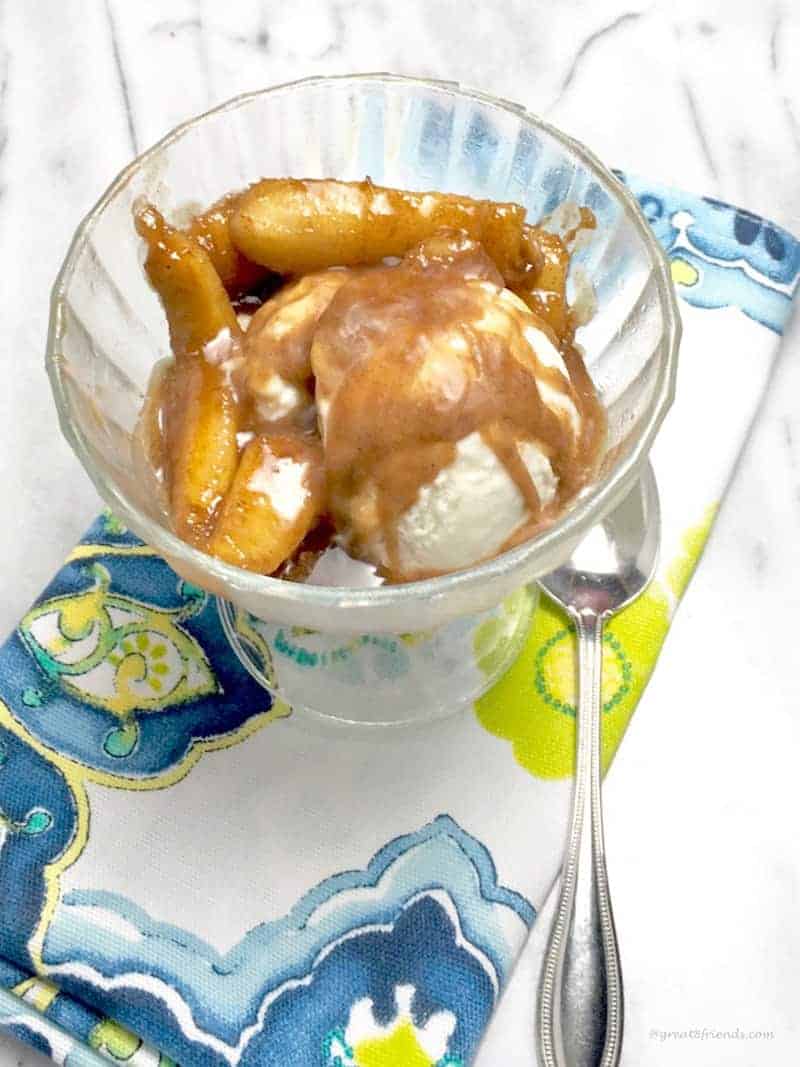 The combination of butter, sugar and cream makes a simple caramel sauce, but the addition of liquor, cinnamon  and bananas steps it up to an elegant and impressive dessert that is delicious yet easy to prepare. This recipe omits cream in the sauce because it's not necessary.  When the sauce is served over ice cream, it creates a delectable fusion of flavor - a rich and creamy sensation that tantalizes the taste buds. Make sure the ice cream is firm, so it won't melt too quickly.

Most Banana Foster recipes require flambéing the sauce by partially burning off the alcohol while keeping the flavors of the liquor. In my opinion, that is a waste of good alcohol! I choose to cook the sauce on the stove top until all ingredients are well blended.

Gr8 Do Ahead Tip: