The savory, peppery filling in these Jamaican Meat Pies is perfect with the spicy yellow crust. Adding spices to the pastry takes these meat pies up a notch... or two!

What is the first thing you think of when you see the title of this post? When Debbie gave me this dish to make for her Jamaican Gr8 Dinner my first thought was, "Mmmmm, yummy, spicy meat wrapped up in a flaky pastry." This is one of my favorite appetizers or main courses.

Well, I had never had Jamaican Meat Pies, but I have had Empanadas, Pasties, Pierogi, Calzones, and Pork Dumplings. It seems that every culture has their version of a meat pie. And in the South, they have the Natchitoches Meat Pies.

The delicious difference with Jamaican Meat Pies is that there is spice added to the pastry, not just the meat! Adding turmeric and curry powder to the dough creates a lovely color and is a tasty alternative to a regular crust.

These are so easy to make, please don't let the length of the recipe discourage you. Most of it is from the process for assembling the pies. Hoping you try them and please let us know what you think in the comments! 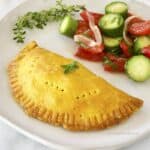 Assembling and Baking the Meat Pies

For a hotter, spicier meat, leave the seeds in the pepper, for milder, remove the seeds. Be careful, these peppers are hot!

Gr8 Do Ahead Tips:

If you want triangles instead of half circles: 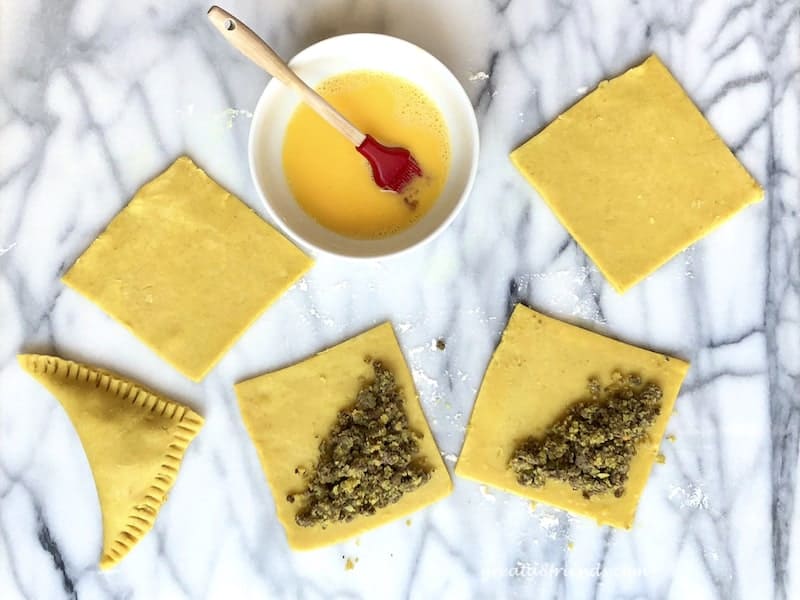