You are here: Home / Gr8 Food ∞ / 130+ Main Courses / Fish / Clamoring for Clambake on the Grill
Jump to Recipe Print Recipe 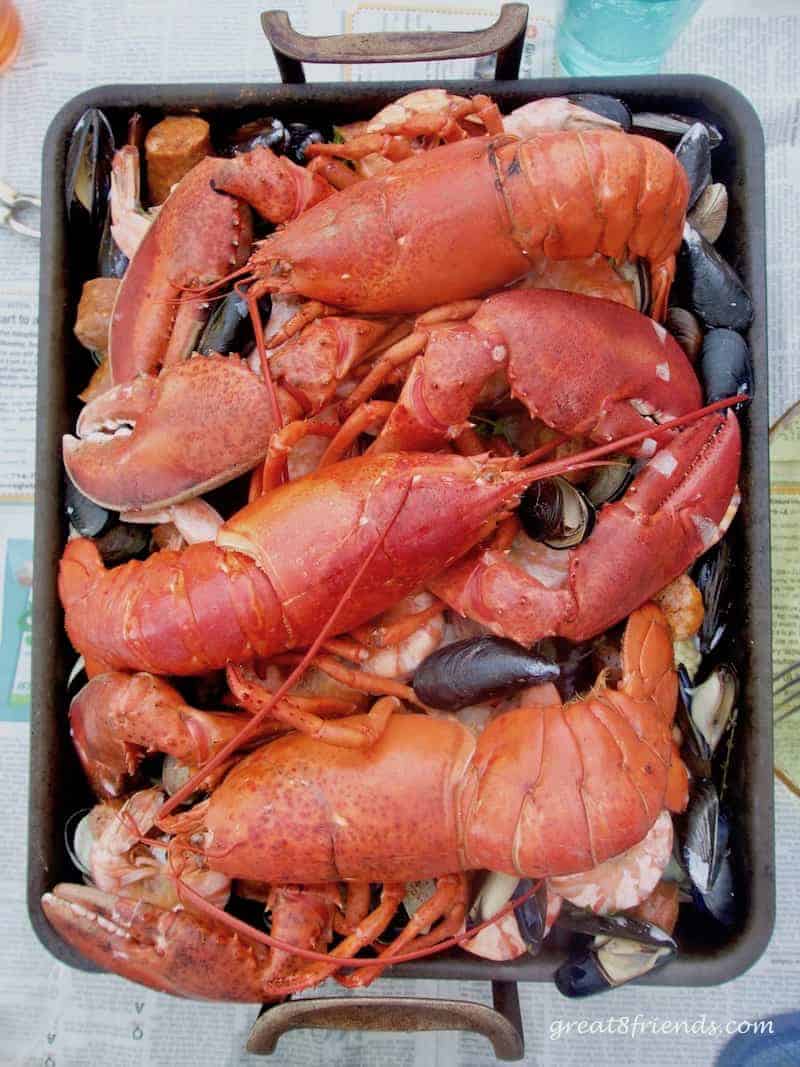 Have you ever done a clambake? It's a super easy meal, very casual and at the same time impressive. Easy because everything goes in one pan. Casual, because you're basically eating with your hands; and impressive because there's a huge mound of food in the middle of the table! This Clambake on the Grill is the perfect summertime meal for a crowd. 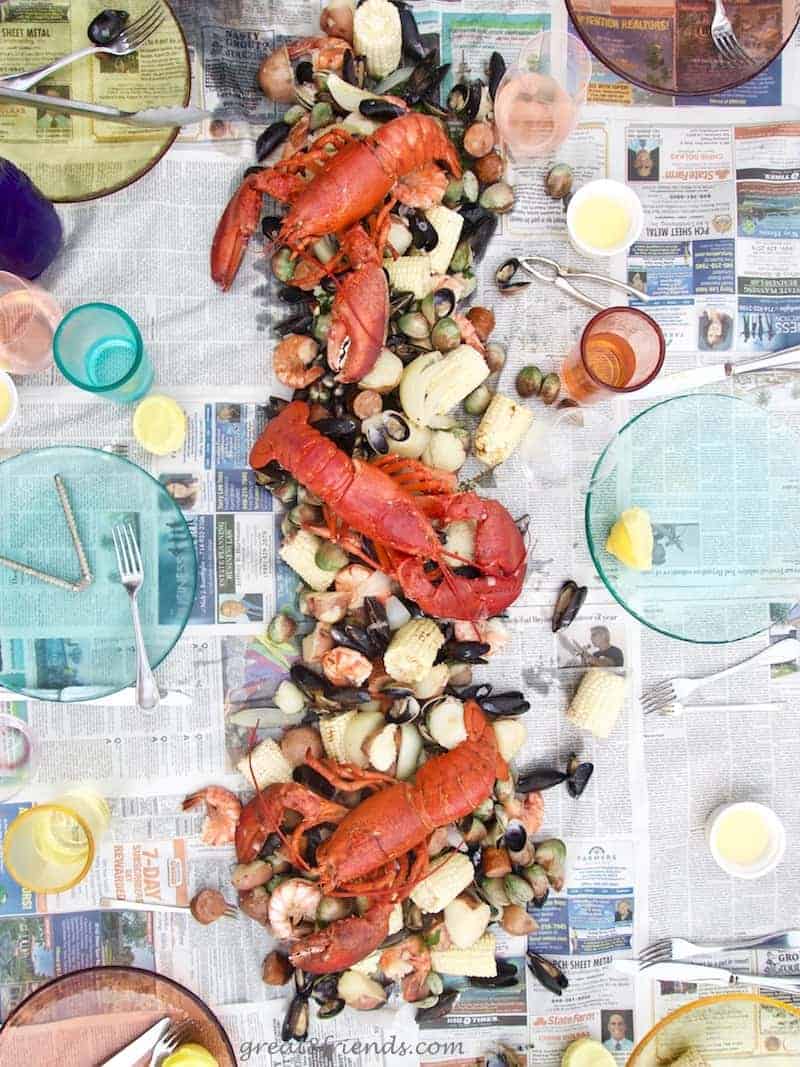 I first did a clambake for one of our Gr8 dinners. It was such fun that I've repeated it since and used a couple different methods to cook all the food. You can boil everything in a big pot on your stovetop or you can assemble it all in a large roasting pan and put it on your grill. 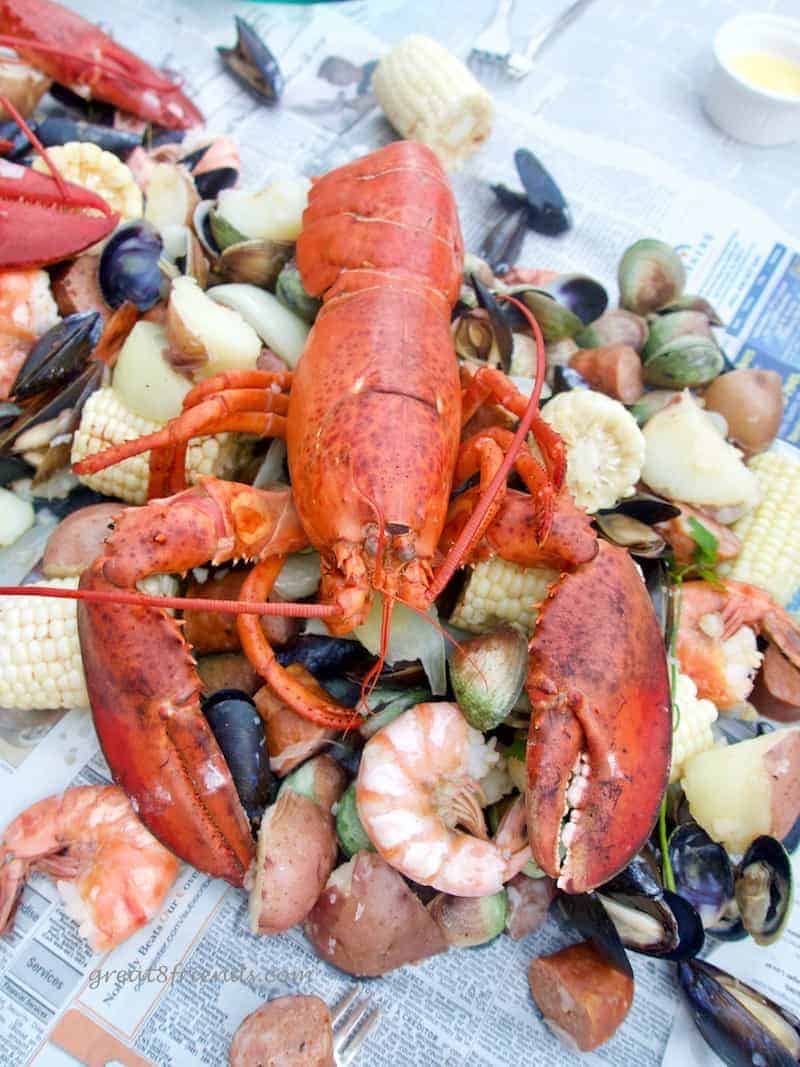 If you want to use your stove, here is Martha Stewart's Stove-Top Clambake recipe. I usually do the clambake on the grill because I have a large roasting pan. However, if you have an oversized deep pot, it's also fun to do on the stove. 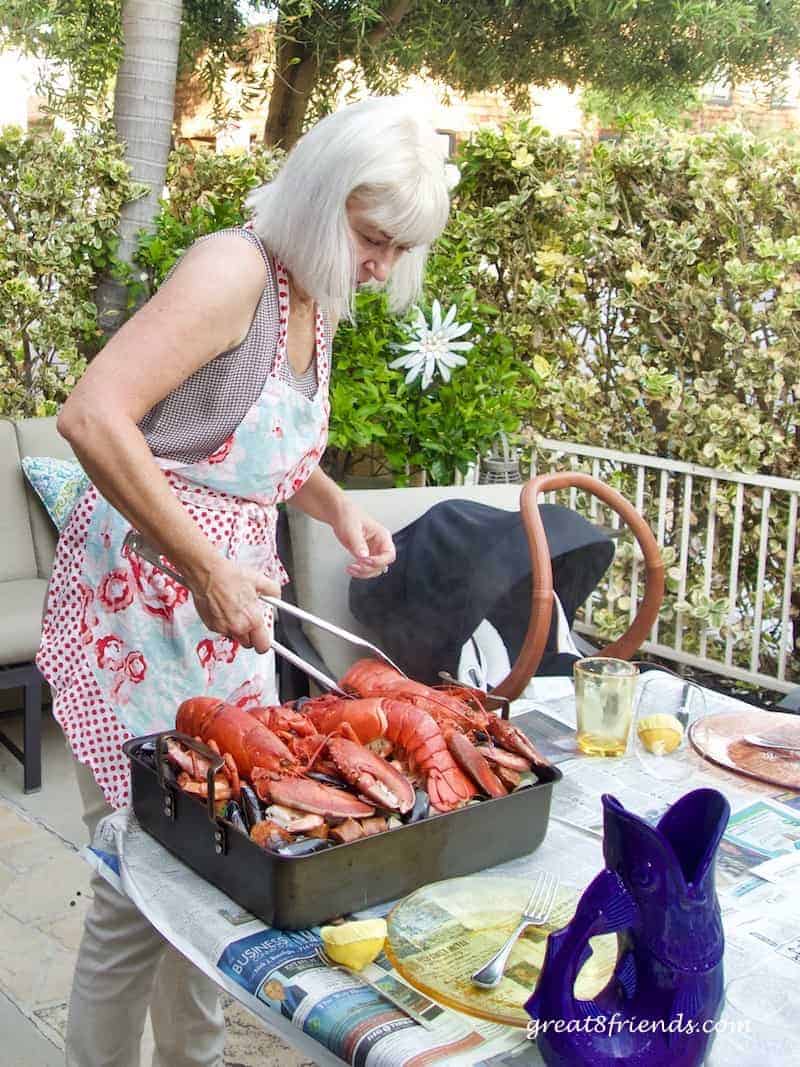 One of the best things about a clambake is that the main dish and side dishes are all done in one pan and served together. Just add some crusty bread to sop up the broth and everyone is happy! 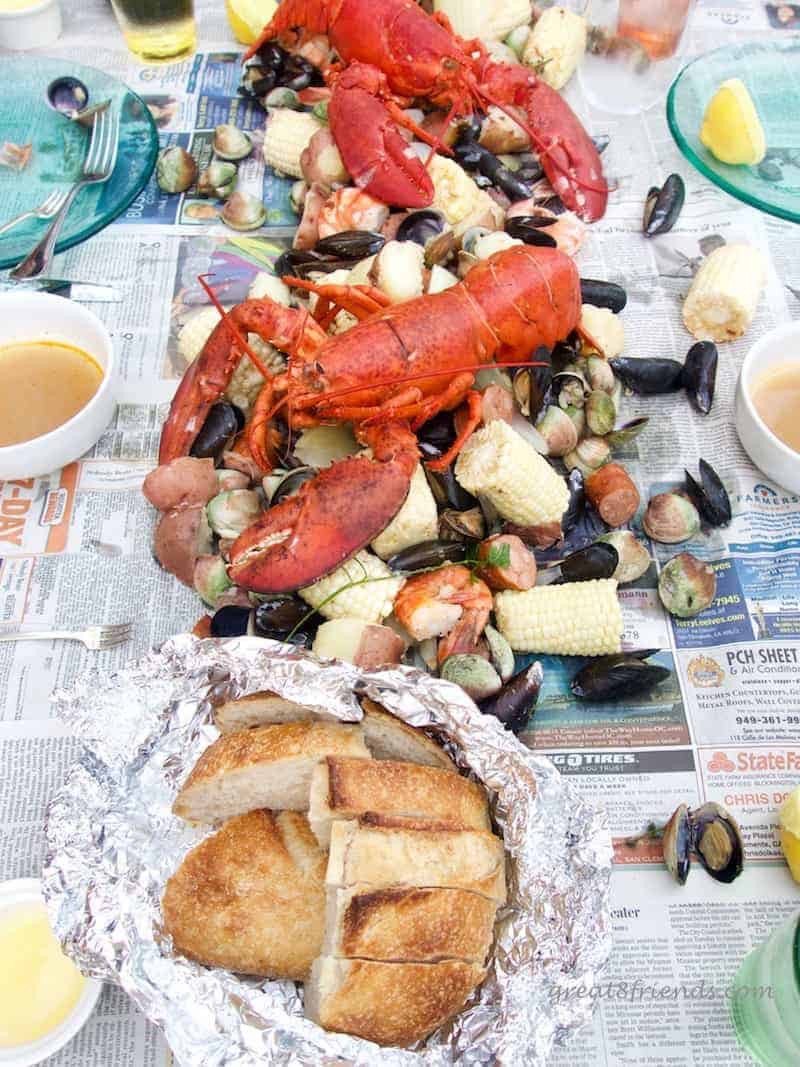 You need a large roasting pan to accommodate all the components and newspaper to cover your outdoor table. (You can also use brown kraft paper.) Add some nutcrackers or claw crackers for the lobsters, some drawn butter and let everyone dig in! 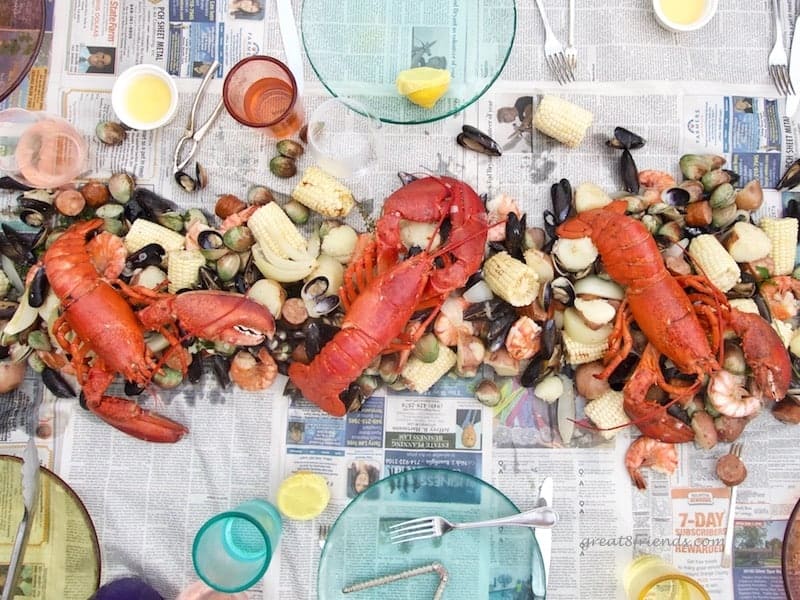 If you would like to serve a salad while the clambake is on the grill, try this Mixed Field Greens with Arugula Oil and Lemon Vinaigrette. 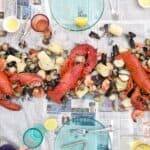 Clambake on the Grill

Gr8 Do Ahead Idea:

If you are using the small red potatoes, you can boil them a couple of hours ahead of time.

Wrap some thickly sliced bread in foil and put it on the grill with the clambake to heat up when you have about 10 minutes of cooking left. Delicious dipped in the leftover broth! The "napkins" in the photos are actually colorful dish towels that I found on clearance. The perfect size and weight for a casual, sort of messy meal! 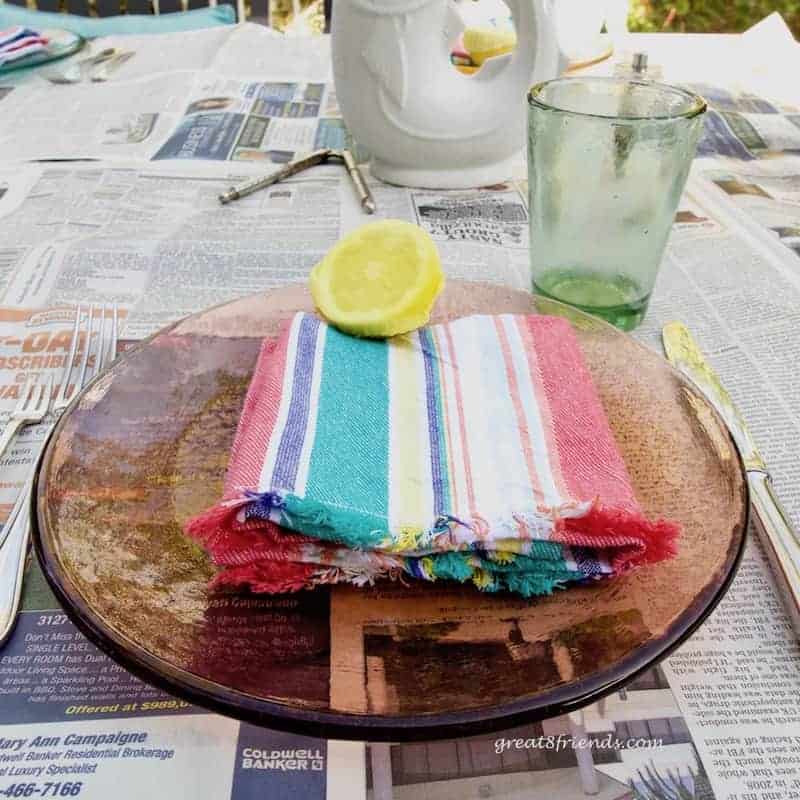