Everyone in Louisiana has their own version of a King Cake. If they don’t have their own version, they have their favorite version! Yeasty and fluffy or flaky and dense, either which way, after a feast of Gumbo or Jambalaya you’re definitely going to need a King Cake! It's the perfect finale during your Mardi Gras feast! 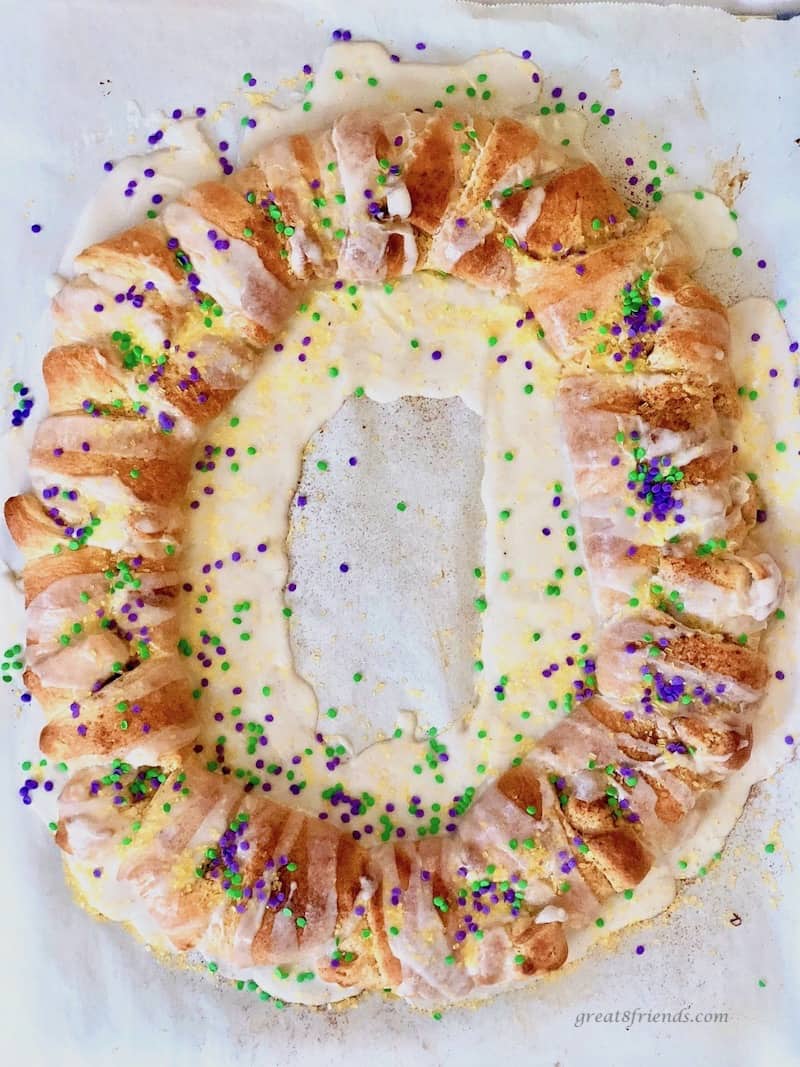 A cross between a French pastry and coffee cake, King Cake is associated with Mardi Gras. It indicates the end of the holiday season. Traditionally eaten on King’s Day, January 6, it is served in honor of Epiphany, marking the arrival of the three wise men in Bethlehem, who brought gifts to Baby Jesus. This is the reason behind hiding the plastic little baby in the cake. Although this is optional (See Gr8 Tips below), the lucky person who finds the baby in their slice is said to find luck all year long! Another tradition is for the lucky person to bring the King Cake to next year’s Mardi Gras party! 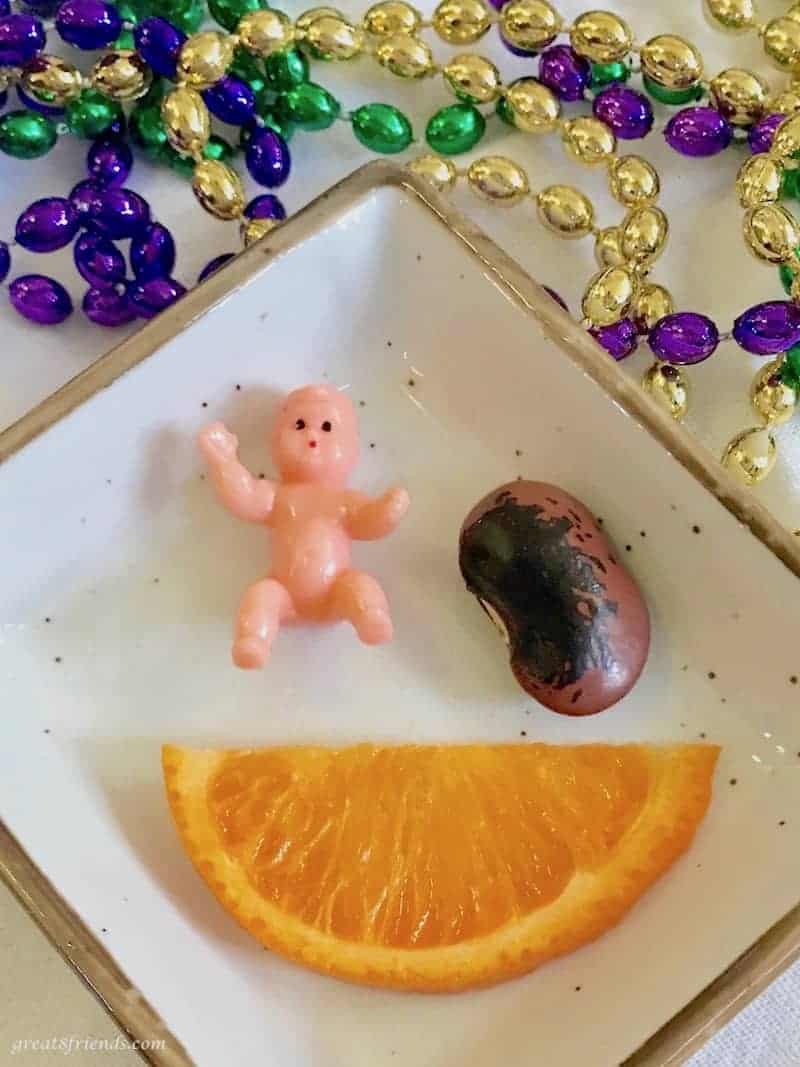 Attending college at LSU in Baton Rouge, Louisiana, our youngest daughter, Miranda had her fair share of King Cakes during her 4 years in the Bayou! Although I didn’t want to know all of the details of her Mardi Gras experiences, I did want to know all about the food! Desserts for sure! Especially the King Cake! 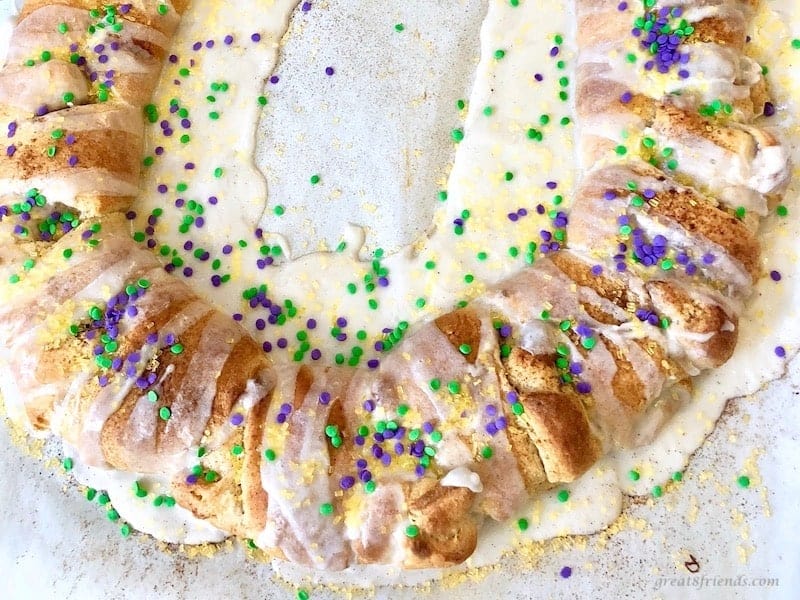 Born and raised in Minden, Louisiana, Miranda’s boyfriend, Cole, knows all about the cuisine of the south! Probably eating more than cooking! His parents, Nancy and Mike, also born and raised in Louisiana, have raised 3 sons and a daughter...I can only imagine the meals coming out of that southern kitchen!

Fingers crossed, I asked Miranda if she could maybe get the recipe! Within a few minutes, Cole’s mom sent him the recipe for me! She shared the recipe she has used all these years. The one that her kids remember best and love the most! Wait until you see how easy it is! Need a quick and simple recipe? This is it! 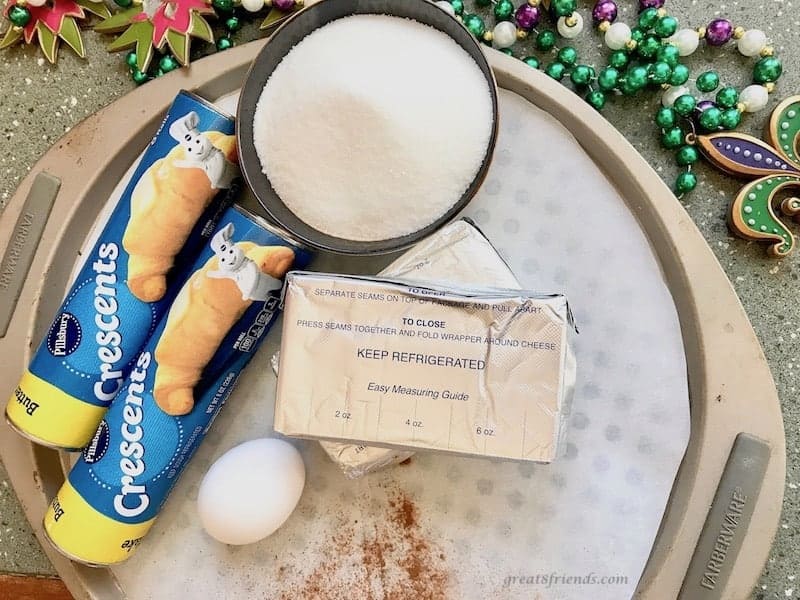 Thank you so much Nancy! Since Cole only had a photo this time, and not the real thing, I hope to give him the flavors from home, right here in California! 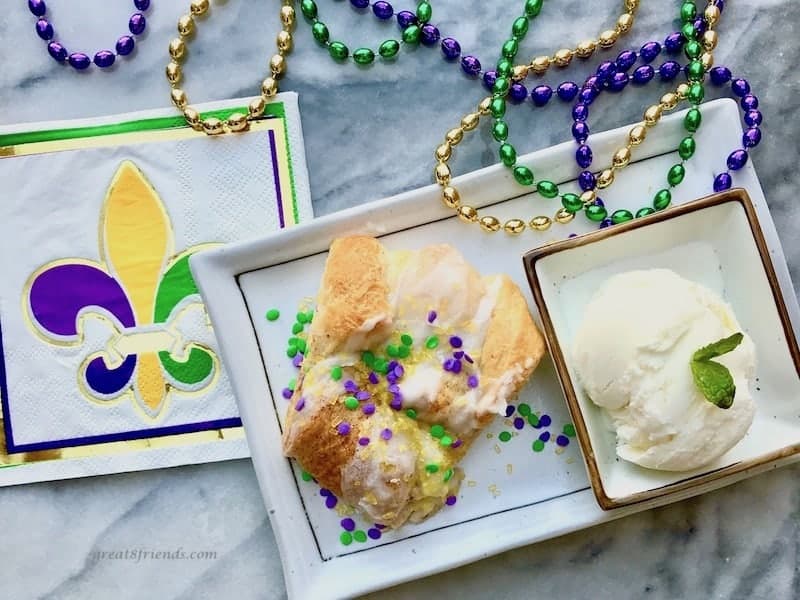 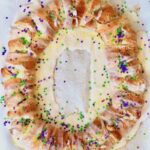 Another option for good luck, is a large dried bean. If concerned about a choking hazard with the plastic baby toy or dried bean, some people place a small orange slice in the cake before baking. The small plastic baby or dried bean are inserted after baking. I was able to find the little plastic baby at Party City. They are also available at Michael's Stores and at Amazon.com.
Tried this recipe?Mention @Great8Friends or tag #gr8food!
Previous Post: « Pork Cutlets with Onion Applesauce
Next Post: Mardi Gras Dinner Party -- Gr8 Fun! »