The first dinner I ever cooked for a date in college was found in a Glamour magazine; featured in the column "A Romantic Dinner for Two."  I cut out the recipe, Baked Chicken Scallopini with Mushrooms, and saved it hoping it would come in handy someday.  Sure enough it did!

Every woman knows that the way to a man's heart is through his stomach, so I definitely needed to know what his preferences were. When asked, he immediately answered, "Anything with SHROOMS!" It was a given that I was going to try this recipe out on him. After all, what did I have to lose? If the meal didn't work out, the next date (if there was to be one) would be reservations! The original recipe calls for veal scallopini but I substituted chicken breasts instead. 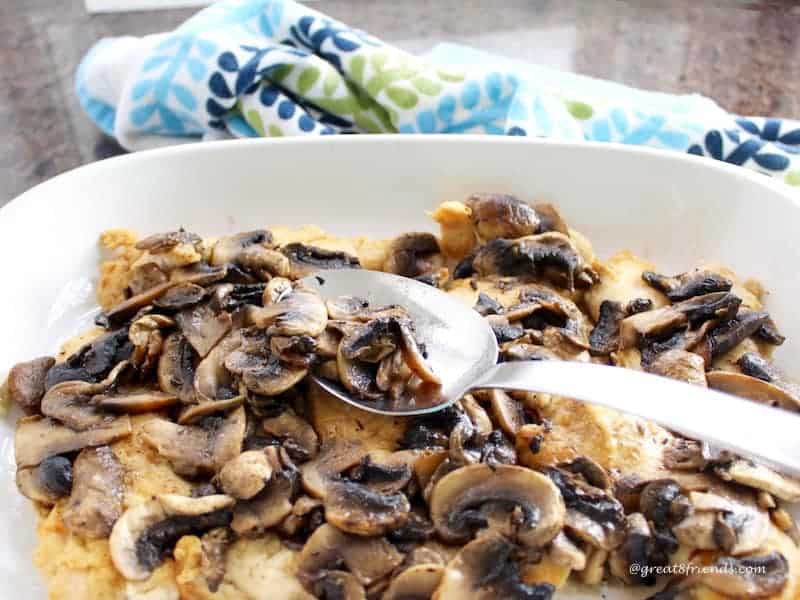 There are many versions of chicken scallopini, most of them prepared in a skillet and served immediately. However, this recipe baked in the oven, ensures a moist, tender, absolutely melt-in-your-mouth chicken! The wine, lemon and mushroom sauce complements the flavor of mashed potatoes or buttered noodles. I also like to serve these delicious and easy Honey Glazed Carrots. 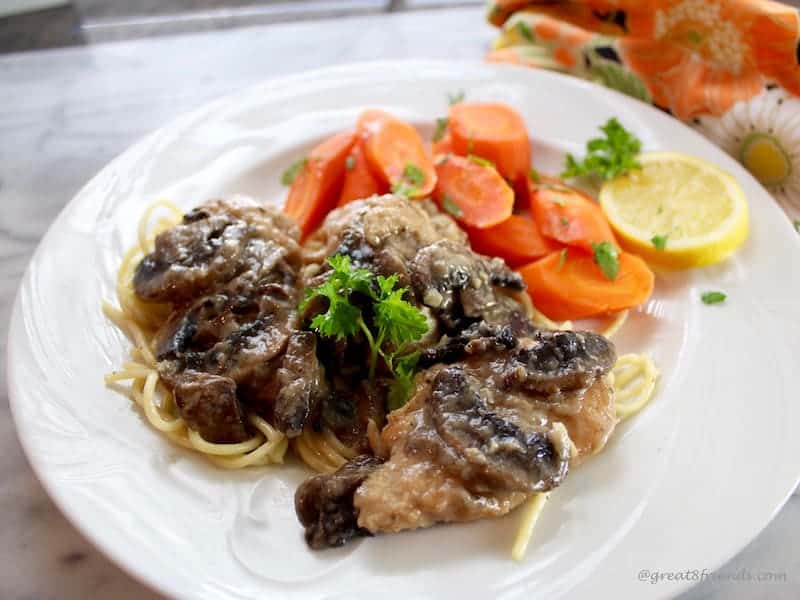 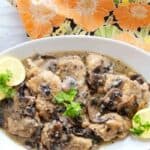 Chicken can be prepared through Step 12 the day before serving. Cover tightly and refrigerate. Continue at Step 13 when ready to serve.
Tried this recipe?Mention @Great8Friends or tag #gr8food!
Previous Post: « Fog City Diner
Next Post: Gnocchi with Shrimp, Asparagus, and Pesto »